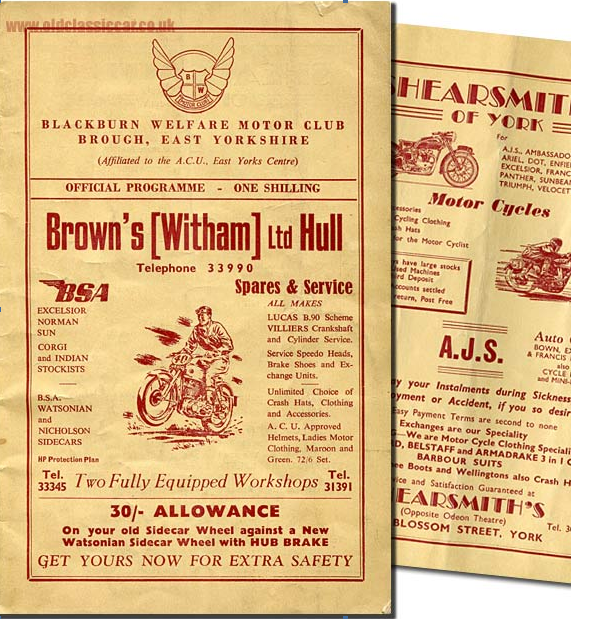 The date of this race meeting was 3rd October 1954, and it was organised by the Blackburn Welfare Motor Club of Brough, East Yorkshire. Costing one shilling, this programme described the two- and four-wheel races that were due to take place that day. The cover features an advertisement for Brown's (Witham) Limited of Hull, a specialist in all the popular British motorcycles of the day, including those produced by BSA, Norton, and Excelsior. They also stocked Watsonian and Nicholson sidecars. The rear outer cover (not shown) advertised Jordan's of Story Street in Hull, a dealer in new and used machines. A peek inside the front cover reveals a similar full-page ad, this time for Shearsmith's of York, another retailer of fine British bikes including Velocette, AJS, DOT and Sunbeam.